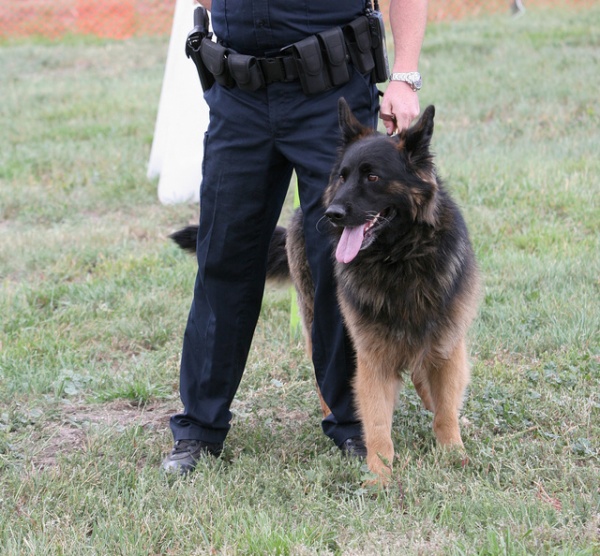 Just like in any other unit in law enforcement, problems can arise with K9 teams.  It could be the dog or the handler, or even an ignorant, bull-headed, anti-K9 Chief or Sheriff.  Let’s look at some problems, particularly that may show up in the dog’s behavior.

One of the common areas of need in many K9 teams in obedience.  Frankly put, this simply should not be!  A disobedient dog creates havoc and stress for the handler and can even jeopardize the safety of fellow officers.  Disobedient dogs are a result of training – poor training.  It could be the handler’s error or the trainer’s inability to effectively communicate good training habits to the handler.  A third reason could be a nervous dog which is so stressed out by his surroundings that he can’t think straight and therefore exhibits poor performance.  This kind of dog should probably be washed out of the program.

Another common area of concern with many departments is with the “out.”  The patrol dog is told to release his bite from the suspect but still hangs on.  This could lead to unnecessary liability to the department and also jeopardize the safety of other officers.  The handler is concentrated on removing the dog – usually choking him out – when he should be focused upon the detainment and arrest of the suspect.  The Out is an issue of control.  It is true that a dog who is keyed up in defense drive (say, he has been kicked and beat by the suspect) will be more reluctant to Out.  Generally, the handler who has control of his dog will not have a problem with the Out.  A poor Out is a result of poor training and could even be due to a trainer’s ineptitude.

Many problems encountered by K9 teams are man-made.  Most likely the problems are due to poor training habits.  Sometimes it could be because a second-rate trainer has been chosen to assist the department.  At other times it could be an SOP that is far too restrictive, thereby strangling the usefulness of the Team.

If the department has chosen the right handler, the right dog, and the right trainer, most – if not all- problems can be worked out and brought up to a satisfactory level of performance.

Furthermore, Conifer Canine offers free consultation for those seriously interested in our services.