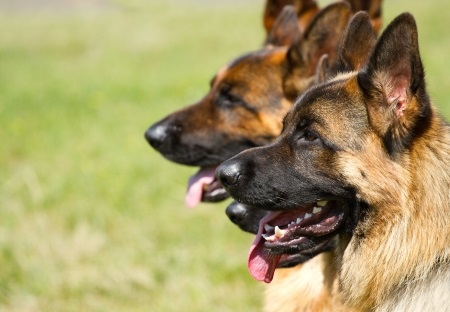 A new study seemed to settle an age-old argument once and for all; the results revealing that dogs are more intelligent when compared to cats.

A recent study which was conducted at universities and zoos all across the globe, revealed that dogs are indeed smarter than cats, and it all comes down to simple science. The study found that dogs have more than twice as many cortical neurons in their brains as cats do. These cells are closely tied to activities like thinking and planning, and the fact that dogs have so many more of these cells suggests they are smarter overall than cats. Researchers discovered about 530 million cortical neurons in dogs to just 250 million in cats.

Dogs didn’t just beat out cats in the study, either. The study also showed that dogs have more cortical neurons in their brains than other animals, too, including brown bears and African lions. Researchers have theorized that, because many other animals use so much brainpower while hunting for food, they don’t have the capacity to have as many cortical neurons as dogs. So in the animal world, dogs appear to be smarter than many other species.

It is no secret to Dog Trainer College that dogs are intelligent animals; that is why we employ certified trainers who have proven their skills in training a variety of dogs. Whether you just want to teach your dog some basic skills or participate in rigorous training courses, contact us today.