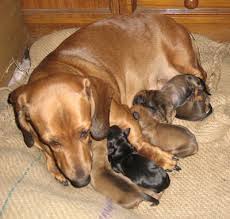 Do older puppies or young adults bond as well as very young puppies? It’s a fair question that is asked by many dog people.

It is a lack of proper information which breeds the idea that older puppies or adult dogs cannot or do not bond with new owners. If a 9 month old puppy does not bond with a new family it is not because the pup is 9 months old. It’s because he/she has other issues: either genetic or learned behaviors. As a general rule, older puppies and adult dogs do bond just as deeply with people as younger puppies do. The rare exceptions to this are if an older pup has the unfortunate lot to be a part of puppy mill and has been left to himself for months on end without proper daily attention. Another rare exception to the general rule is a Shelter animal where there is insufficient staff or volunteers to interact with the dogs on a regular and frequent basis. In either case, the pup has learned he can (and must) get by without human interaction.

In the vast majority of cases, older puppies and even adult dogs DO bond very well with a new owner or caretaker. Again, if he/she does not bond well it is NOT because of its age but rather some other issue.
Fact is, if an older puppy or young adult dog is purchased from a reputable breeder who spends time with the animal, there will be no bonding issue. This is one of the reasons why the dog is called man’ best friend. Furthermore, purchasing or adopting an older puppy or adult dog has many benefits that actually enhance bonding rather than restrict it. For example, an older puppy or young adult has already progressed through the irritating stage of puppyhood which sometimes create strife and friction in the human/dog relationship. There are far too many puppies who are surrendered to Shelters because of this stage of development. Some people cannot handle the housetraining, nipping, chewing, and other behaviors that an older dog has already been through and learned differently. An 8 week old puppy is “so cute” but many people do not have the patience it takes to properly raise such a young animal. The human actually becomes the cause of the lack of bonding. An older puppy or young adult dog would be very beneficial for these types of situations. Children actually bond better to these animals because the children learn the dog will not bite them or chew on their favorite “blankie.”

Those desiring working dogs for personal protection, detection, and/or Police K9 should ALMOST ALWAYS purchase an older puppy or young adult. The prospective purchaser can tell what the 12 month old puppy is, whereas buying a 8 week old puppy is a gamble on the way he/she will turn out – especially if the buyer has little or no experience in raising a working puppy (there’s a huge difference between raising a working puppy and a companion puppy). Far too many people buy a very young pup for future protection work – thinking that the bonding at such a young age will enhance its protection tendencies – and basically weaken the pup’s drives and handicap, if not destroy, his/her future protection work. An older pup or young adult would be a far more solid choice and be more financially stable – even when the older pup costs more up front.