Service dogs are becoming more and more common in this day and age. As a future dog trainer, you should be aware of the history of this market and the different ways that dogs can help their owners. There is a large demand for service dogs in a variety of areas, so let’s explore what the different specialties are of dogs from their inception to today. 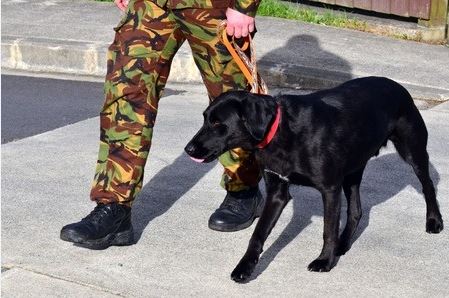 Service dogs were put into use as early as the 1750s, says the History Channel, when a Parisian hospital for the blind implemented the use of dogs to assist their blind patients. However, this particular training did not take off until several decades later. Josef Reisigner, a blind Austrian citizen, trained a poodle and a spitz to work with him as he navigated through the world. In fact, his training was so efficient that some people at the time even believed that he was faking his disability. Johann Wilhelm Klein later used this as inspiration when he founded the Institute of the Training of the Blind in Vienna, where he wrote a manual for coaching the earliest guide dogs in the early 1800s.

For a century, this served as the go-to manual and training method for guide dogs, but a more contemporary movement started after World War I. A doctor treating a blind patient left his German shepherd with the man. Upon his return, he found the shepherd unusually bonded and protective of the soldier. He then led an initiative to retrain the war dogs to assist the blind soldiers. The initiative lasted less than a decade, but led to the development of a training center outside of Potsdam, Germany that developed roughly 4,000 companion guide dogs for both military veterans and the general public by the end of the 1920s.

While the growth and adoption of dogs aiding the blind took off from there, the use of guide dogs for patients with other disabilities was driven forward by the work of Bonnie Bergen. She had noticed in her work that donkeys were often used as service animals, and began to work to identify how dogs could work as service animals in contexts other than aiding the blind. Her work in developing specialized training approaches and common command techniques helped establish some of the core skills used with training service and assistance dogs today. She was also a strong advocate for the Americans with Disabilities Act, and testified on Capitol Hill in 1989 as part of the discussion and definition of “service” dogs – dogs that help those with mobility problems – and “assistance” dogs that help with a broader range of needs, according to a blog from the National Education for Assistance Dog Services (or Dogs for Deaf and Disabled Americans).

Are you interested in becoming a service dog trainer? Our training course offers students the specialized training and education they need to learn how to successfully train dogs to help individuals with mobility issues or other disabilities. From guide dogs to psychiatric service dogs, and even dogs that assist patients with seizures or autism, this course is well rounded and provides a comprehensive education for would-be trainers. To learn more about our service dog trainer course, call Dog Trainer College today at 812-650-2394.