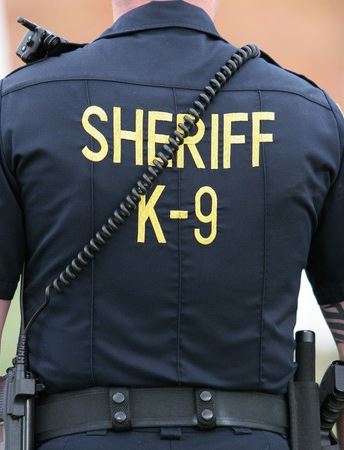 Canines have been a useful partner to police and security authorities for centuries, but how did law enforcement dogs become such a common sight? Let’s take a closer look at the history of police dogs.

The origin of police K9s goes back thousands of years – just look at stories from ancient times of guard dogs, for example. However, the first known recorded use of dogs in police work was back in the 1300s in St. Malo, France. when they were used to guard dock installations. The more modern-day concept of K9 did not come into fruition until 1888, however, when Jack the Ripper was terrorizing London. During the manhunt, British officers were allowed to partner with dogs in an effort to find the notorious murderer. Unfortunately, the Ripper was never caught, but this paved the way for modern day K9 training programs.

Just a few years later, the city of Ghent, Belgium began training dogs specifically for work with police. By the end of the first decade of the 20th century, Germany used dogs as a form of crowd of control and police assistance in more than 600 cities.

Post World War I, the first dog training school was established in Greenheide, Germany. These dogs were trained to find objects by scent, to obey and attack on command. This school laid down the foundation for the next generation of dog training in England, where the British formed a school in 1934. Their thought process is that certain breeds should be used for different tasks. For example, bloodhounds would be better for scent detection and Labrador retrievers would be best for general patrol.

The Labrador retriever remained as a popular patrol dog in London until 1948, when a German shepherd named Smokey arrived in London and made a dramatic impression on police. This eventually led to an explosion of dog usage in the UK police force, with nearly 20 more dogs added to the Metropolitan Police force in short order. Eventually, this trickled over the United States, where K9 units have rapidly taken off for use with drug and explosives detection, missing persons investigations and even general patrol in police forces large and small across the nation.

Are you interested in becoming a K9 trainer with Dog Trainer College? This noble profession can help better the lives of hundreds, if not thousands of people. As a K9 trainer, you will forge relationships with your canines and be able to train these dogs to assist and better society in an official capacity. Get started today by completing an online application or by calling Dog Trainer College at 812-650-2394.