Dogs are amazing creatures and the epitome of man’s best friend. Loyal to the end, dogs make great friends, family members, and in the case of detection dogs, partners in solving crime.

Detection dogs are trained to alert their handlers to target scents, among which include drugs, explosives, firearms, and criminal evidence. These amazing canine detectives can locate items in any environment and across far distances. 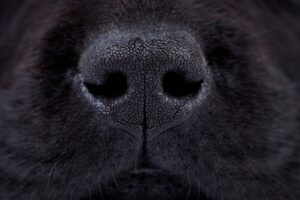 Simply put, dogs can smell things that humans cannot; their sense of smell is at least 10,000 times more perceptive than ours. While humans have one section for all functions of the nose, dogs have separate sections for breathing and smelling, providing them with some superior sniffers.

Dogs smell in layers and can easily distinguish between multiple smells and ingredients, especially when trained to recognize certain smells and scents hidden by other odors.

Metal detectors, drones, and other expensive gadgets can stand aside: detection dogs prove the most effective bomb detectors. Detection dogs are trained on varieties of explosive odors, which allows them to detect dangerous ingredients in explosive devices, from military grade to home-created.

Additionally, canines search four times faster than humans, using their noses to sense things we would likely never find. This helps the dogs quickly detect explosives and other dangerous devices, which allows for more time eliminating these threats.

Detection dogs offer a certain level of security to people simply through their presence; most people understand what detection dogs are capable of and know their purpose, which provides them with feelings of safety at major events or large locations. This notoriety serves as a crime deterrent to potential criminals who may see the dogs and think twice about doing anything illegal in their presence.

You can become learn the art of scent detection with comprehensive dog trainer courses from Dog Trainer College. You’ll start with the basic foundations and work to the latest training methods to learn the necessary skills and attitudes for training any dog in any field. Call us at 812-650-2394 to learn more about the courses available with us!